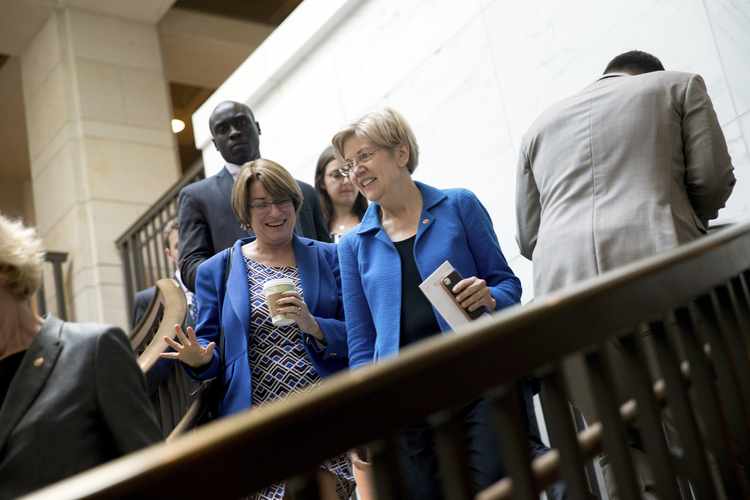 The 2020 Democratic presidential field is historic for many reasons, but in this 100th year since women’s suffrage, the significance of all six female candidates for president appearing on the debate stage June 26 and 27 stands out. All of them qualified in both polling and unique contributions even as four of the male candidates failed to do so.  Every one of the women has the support and contributions to make it to the stage, including Marianne Williamson, who has never run for office, even as some former governors and sitting members of Congress failed to make the cut. It’s a remarkable and overlooked story of the 2020 cycle.

Sixty other nations around the world have elected women heads of state and for many Americans, it’s time we did too.  A poll released last week by Ipsos shows that over 70% of voters are comfortable with the idea of a woman in the Oval Office.  A recent Pew survey showed that more than one-third of registered Democrats would be more enthusiastic about the prospect of a female nominee. Liz Warren and Kamala Harris, call your office.

And while Joe Biden and Bernie Sanders remain ahead in the polls, the nomination for one of them is far from a lock. Warren and Harris are on the rise, with the Iowa caucuses still seven months away.  Millions of voters are watching the women with special attention, hoping one or more will gain steam and prove to the skeptics that yes, a woman can win.

With so many candidates in the field, new criteria were adopted for inclusion in the intra-party debates, meaning that it’s become even more important to highlight the significance of every woman qualifying, even as the press has often overlooked them or counted them out.  Warren, Harris and Amy Klobuchar have all enjoyed solid, middle ground poll numbers for months, so it’s not a surprise they qualified.

But they aren’t they only ones. Kirsten Gillibrand weathered successive articles in The Atlantic, Politico and The Washington Post highlighting her supposed failure to launch.  Her campaign has not raised the kind of money or poll numbers that she initially hoped for, but a media postmortem on the supposed death of her campaign was premature given that at least she made the debate, when four men with similar qualifications did not.

Rep. Tulsi Gabbard has limited name recognition and some controversial history.  She has received about 1% of the media mentions and yet has managed to clear the debate threshold. She must be doing something right.  Also qualifying despite a dearth of news coverage? Marianne Williamson, the author and activist who has never run for office. Yet she met the debate threshold based on both individual donations and polling numbers. Her ability to connect with a message of spiritual healing in the body politic  has clearly resonated with enough voters to get her into the room where it will all happen.

The fact is that all six women qualified for the debates because they have worked hard to break through in a wildly crowded field and because many voters want them to have a chance.

This early in the election cycle, Democrats want the diversity of experience and perspective that is only possible with a critical presence of women on the stage It’s the first time, although certainly not that last, that Americans will be asked to consider so many women for national office at such a critical time. Their presence at the debates on Wednesday and Thursday will most certainly change the dynamic, tenor and substance of the conversation. It will ensure that women’s voices and issues are represented at the highest level of American democracy — right where they should be.

Lauren Leader is the co-founder and CEO of All In Together, a nonpartisan nonprofit dedicated to advancing women’s civic leadership.