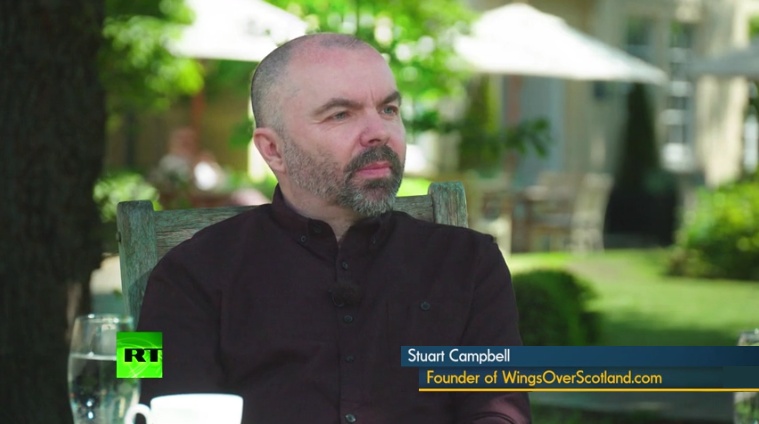 @Petra, thank you for that but hey, less of the “elderly and infirm” Those who have met Nana know she is neither elderly or infirm. She does suffer from Rheumatoid Arthritis and it’s associated conditions. Due to nerve damage in her hands and fingers, copying, archiving, pasting, linking and then finding none of the links have appeared can be somewhat frustrating.

She is busy with other Indy projects right now, of which finding links for Wings was just a small part of her day (actually mostly nights)

Therefore rather than risk Stu’s wrath again, and getting increasingly frustrated at posts not appearing and not knowing whether her computer skills are at fault or ?? she is understandably reluctant to attempt any links.

Now, some of you may think that Nana is a wizard with computers but really she is not. She does however have some black magic for finding links.

For weeks she has had trouble posting links to this site. It looked like they were loading but she could see that the page was stalling and not refreshing.
At other times she was getting the duplicate message comment yet neither the original or duplicate post had appeared.
Other times, she got the “comment in moderation” response to which she was telling readers to check back later to see if they would appear.

One morning it was so bad that she apologised, saying she didn’t know if it was her computer or the site filters.
She mentioned this in a post hoping Rev Stu or whoever moderates the site would respond, she got no response.

On Monday morning she attempted to post and nothing appeared. Later that afternoon she tried again with different links and mentioned this later in the thread, here is what happened:

” Nana says:
17 June, 2019 at 3:48 pm
Tried to post a few links this morning before heading for an early appointment. They did not appear and I’ve tried again just now and got this

I can’t see any banned words so there is no point posting any more.”

To which Rev Stu replied

Seriously, how many THOUSANDS OF FUCKING TIMES do I have to tell people not to repeat-post? If it gets held up in the filters for whatever reason, I’ll deal with it when I see it. Comments don’t just vanish. They go in a queue that I check manually whenever I have the time. Sometimes that can be a while.”

Rev. Stuart Campbell says:
17 June, 2019 at 5:08 pm
“I did not repeat the original post, I swapped a couple in order to see if I had done something wrong the first time.”

How did you imagine changing the order of the words was going to alter whether they triggered the filter or not? Are you honestly telling me you haven’t seen ANY of the hundreds and hundreds and hundreds of times I’ve explained how the filtering and moderation works and told folk just to be patient, and now you’re in a sulk? ”

Anyway I don’t sulk, but I do hurt. My reposting of articles has not happened in a long time as I tried to avoid but lately I have had a lot of trouble linking and switched computers in the hope the problem was fixed.

I’ve supported this crowdfunder as I have done all your crowdfunders and likely will continue to do so as well as plugging the blog to all I meet.

So, thanks to all Wingers for their concerns. If the posting issues could be resolved Nana is always willing to do whatever she can to support Indy.