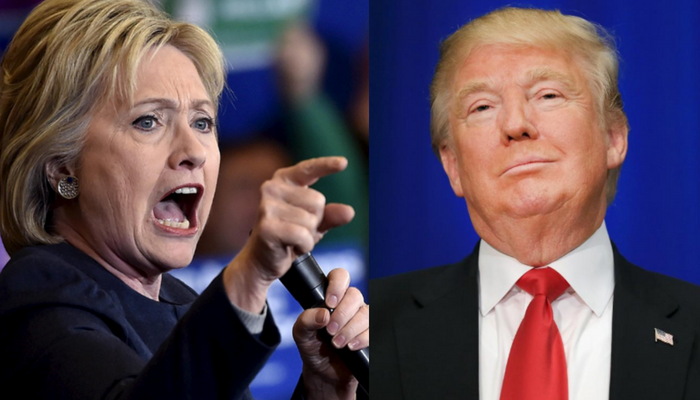 One of the major factors the American media is missing when it comes to voter indifference in the era of President Trump is this simple fact – anything the media is outraged over has already been done by the Democrats. Time and time again.

Child separation policies at the border? Obama did it.

Supposed obstruction? William Jefferson Clinton was impeached for it, and Hillary’s hammers and Bleach Bit were pretty clear examples.

Strong-arming journalists who don’t support the administration? Obama branded them criminals and banned them from his plane.

To quote the Barenaked Ladies – ‘It’s all been done before.’

So you just knew that when the Trump planted seeds by saying he’d consider reviewing foreign opposition research against his political opponents, there’d be evidence that the Democrats have already done this.

Wouldn’t you know it …

Any list of this nature has to begin here. In the most blatant example of the Democrat party accepting foreign opposition research, we bring you the Steele dossier.

Hillary admitted that her lawyer paid for the dossier because it was opposition research that was legal to attain.

“It [Steele dossier] was research started by a Republican donor during the primary, and then when Trump got the nomination for the Republican Party, the people doing it came to my campaign lawyer [Marc Elias] and said, ‘would you like us to continue it?’” she admitted.

DNC Colluded With Ukrainian Officials to Take Down Trump

Politico reported in January that Trump “wasn’t the only presidential candidate whose campaign was boosted by officials of a former Soviet bloc country,” running a story on a collaborative effort between Ukrainian officials and the DNC.

The DNC worked with government officials in the Ukraine who were working to bolster Clinton and undermine President Trump. The embassy in Washington very recently admitted that an operative in the DNC sought dirt in 2016 on Trump.

A DNC contractor wanted the information in hopes of exposing Paul Manafort’s links to the country during the campaign and forcing the issue to be brought forth to Congress.

Rep. Adam Schiff Schiff fell victim to Russian pranksters promising dirt on President Trump, even going so far as to arrange for staff to collect “classified” material for the FBI.

Schiff engaged in an 8-minute phone call with the comedians who posed as a Ukrainian member of Parliament (Andriy Parubiy) alleging that Vladimir Putin had naked blackmail pictures of Trump.

Schiff didn’t hang up the phone. He actually bought what they were selling. He talked at length with them and arranged for a staffer to pick up the compromising material at the Ukrainian Embassy.

“I understand Mr. Schiff had a productive call with Mr. Parubiy, and that Mr. Parubiy would like to make some material available to Mr. Schiff through your embassy,” wrote one aide on April 4th, 2017.

“Please let me know how best to arrange pick-up of those materials from your Embassy in Washington, D.C.,” the message continued.

“Adam Schiff can be heard discussing the committee’s Russia investigation and increasingly bizarre allegations about Trump with a man who claimed to be Andriy Parubiy, the chairman of the Ukrainian Parliament.” Schiff has some explaining to do. https://t.co/74HcIb6cUn pic.twitter.com/WxzJIv9odR

In short, the top Democrat on the House Intelligence Committee sought foreign opposition research under the belief he was taking a call from an official in another country to collect “kompromat” on an American president.

In 2016, the Federal Election Commission ordered the Bernie Sanders campaign to pay a fine of $14,500 after learning they had accepted roughly $25,000 in in-kind donations from Australia.

Vice News reported that “Sanders’ presidential campaign illegally accepted contributions from the Australian Labor Party, which paid for volunteers to fly across the globe to volunteer on his campaign.”

Democrat Senator Mark Warner texted a Russian oligarch lobbyist in an attempt to gain access to Christopher Steele, insisting that he would rather not have a “paper trail” involving their communications.

“We have so much to discuss u need to be careful but we can help our country,” Warner texted the lobbyist in March of 2017.

Mark Warner, who has harassed Don Jr over ONE meeting with a Russian lawyer, had his own contact with Russia:

Warner texted that to a lobbyist for a Russian oligarch

Warner later stated to the lobbyist for the Russian oligarch that he “wud rather not have paper trail” and that “maybe I will just call directly.”

Fox News revealed that “Warner seemed particularly intent on connecting directly with Steele [the British spy] without anyone else on the Senate Intelligence Committee being in the loop.”

There you have it. While the mainstream media and the Democrat party feign outrage over President Trump’s comments, the facts show that it’s actually the resistance party that has repeatedly tried allowing foreign influence in our elections.