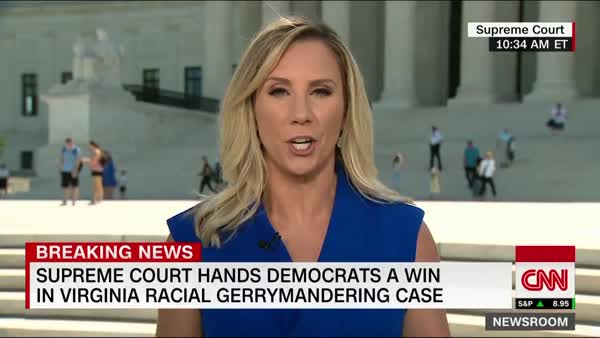 More Supreme Court decisions came down on Monday: first up, a big win for democracy:

Supreme Court rules VA districts previously sorted by race and redrawn must stay redrawn. Ginsburg for the majority: “One House of its bicameral legislature cannot alone continue the litigation against the will of its partners in the legislative process.” https://t.co/UMlBMdDJQ3

States can decide against mining, in this case, Virginia can ban uranium mining in their state. This was a loss for the Trump administration. Reuters:

The largest-known U.S. uranium deposit will remain firmly under ground after the Supreme Court on Monday upheld Virginia’s ban on mining the radioactive metal, rebuffing a challenge backed by President Donald Trump’s administration to the 1982 moratorium.

The company, seeking to exploit the deposit, contested Virginia’s power to enact the ban, saying the policy should have been preempted by federal law governing nuclear energy. Virginia Uranium is a subsidiary of Vancouver, British Columbia-based Virginia Energy Resources… The Trump administration had backed the company’s challenge to Virginia’s law.

And the Court referred a case regarding a wedding cake baker and a same-sex couple back to the Oregon bench.

#BREAKING: SCOTUS just sent back our case on behalf of a same-sex couple denied a wedding cake to Oregon courts to check for anti-religion bias, in light of Masterpiece Cakeshop.

Disappointing, but this fight is NOT over.