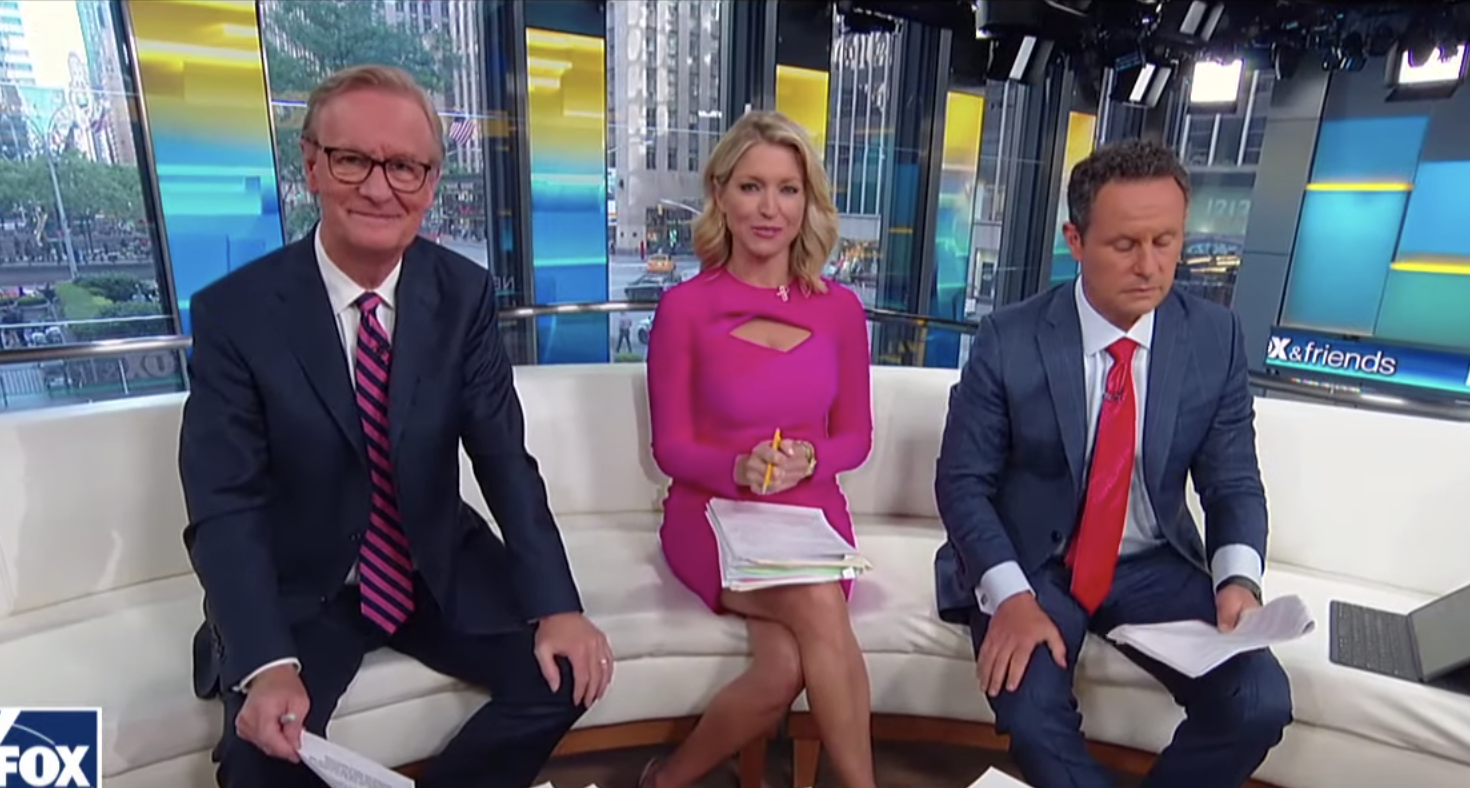 For his birthday today, the Fox & Friends lickspittles gave Donald Trump 50 minutes of slobbering that just happened to come the morning after Fox held a town hall with Democratic presidential candidate Julian Castro.

Cohost Ainsley Earhardt, who claims she wants to be seen as a journalist asking “tough questions,” opened by wishing Trump a happy birthday and asking, “How do you plan to celebrate?”

FACT CHECK: Trump is such an ignorant slacker, he should probably be paying U.S. taxpayers rent for his time in the Oval Office.

The three hosts laughed but with appreciation, not the derision Trump deserved. Then Earhardt – who also claims to be a devout Christian – chirped, “That doesn’t surprise us.”

“You’ve got to have a cake or something,” cohost Steve Doocy said. I would have thought the Trump Friends had already sent him one.

“I don’t have time to celebrate,” Trump asserted. He agreed he’d “have a little piece of cake tonight,” but in the meanwhile, he’d be hard at work “doing a lot of good things, a lot of things that are turning out to be very good for our country. I enjoy that doing more [sic]. That’s better than taking it easy. There’s always going to be plenty of time to take it easy, I guess.”

Instead of challenging such BS, cohost Brian Kilmeade opened the door for more – and for Trump to attack the media that dared to report the obvious: “Esquire magazine did this story and they say, well, that President Trump, the truth is, according to insiders, he likes running for president but he hates the job,” Kilmeade said suggestively.

“No, I love the job,” Trump insisted. “Well, it’s the fake media. You know, they’re just so fake. You don’t even respond to them anymore.” And, since at least three seconds had passed since he had last boasted about his own awesomeness, Trump declared, “No, I love it because I don’t think anybody’s accomplished so much in two and a half years, what we’ve done.”

It’s bad enough that Trump is such a liar but it’s worse that these Three Stooges, who almost surely know better, would help to gaslight America.

Watch this disgrace above, from the June 14, 2019 Fox & Friends. It’s at the beginning of the video.

Republished with permission from NewsHounds.